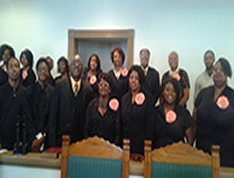 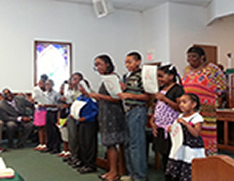 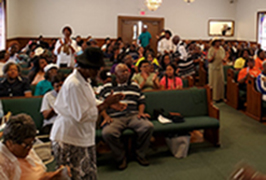 About Our Pastor & First Lady 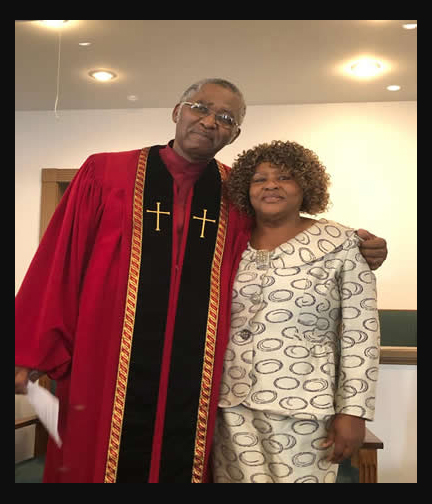 Pastor Robert Lee Bryant, Jr. is a native of Mount Pleasant, SC and the oldest child of Robert L. Bryant, Sr. (deceased) and Mary Ann Bryant.   In 1968 he graduated from Laing High School.  After high school he enlisted into the United State Army where he served three years of active duty, and 25 years in the Army Reserves.  During his service in the military he completed four years of an apprenticeship program with the Department of the Navy. He traveled to many places around the world and fought in two major wars:  Vietnam and Desert Storm.  Fighting in these two major wars he earned the Army Bronze Star while in Vietnam in 1969, the Good Conduct Medal, and Army Reserve Oak Leaf Cluster in 1991.

Pastor Bryant was licensed to preach in 1978 under the pastoral ship of Rev. Michael Gooden in his hometown of Mount Pleasant.  That walk from that day forth prepared him for what was to come.  In 1999 Pastor Bryant and his family moved from South Carolina to Warner Robins and made his church home at Mt. Olive Baptist Church where he was ordained in 1996 by Rev. Roy Felts, Jr.  He served as Youth Pastor for four years and received a certificate in Christian Education and a diploma in Theology in 1999 and 2001, respectively.   He was called as pastor at Mt. Olive in July of 2000.

Pastor Bryant is married to Mrs. Henrietta Bryant and to this union they have been blessed with four children: LaTon, Shantell (deceased), Robert, III and Tabitha.  They are proud grandparents of six granddaughters and one grandson.  Pastor Bryant is a minister who loves the Lord and loves teaching the Word of God.  His favorite bible scripture is Romans 8:14, “For as many as are led by the Spirit of God, they are the sons of God.”